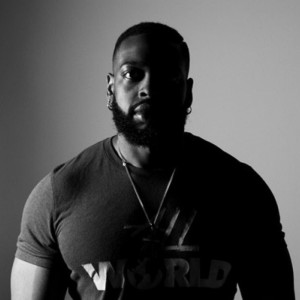 Meddy For the Win

Everything comes back full circle, this includes the hot diet too. A couple of years ago it was intermittent fasting, which I do on 12/12 bases. Last year it was keto, the high fat low protein fad that had everyone rushing out to buy coconut oil. This year’s new trend has yet to reveal itself, but I guarantee that it will not beat the tested habits of the Mediterranean diet.

The Mediterranean diet, or lifestyle as it should be recognized, has been widely known as the best way to eat for over a while now. The basics of the Mediterranean diet involve a plant-based approach to eating that emphasizes seafood. This Greek influenced way of eating is not known for fast weight loss, but cardiovascular health benefits and chronic disease prevention. Natives to the coast of the Mediterranean Sea live longer and have fewer health problems than us who live in the west because of their active lifestyles and diets that are low in red meat and saturated fats.

Not to be confused with the habits of the pescatarian-vegetarian that only allows for fish for their animal-based protein needs. Fish and seafood are encouraged a couple of times a week along with poultry, eggs, cheese, and yogurt in moderation. Moderation! The consumption of veggies, fruits, nuts, whole grains, legumes, olive oil is encouraged. This diet also allows you to eat sweets and red meat for special occasions, along with red wine. One glass of red wine a day for women and one to two for men. Now here comes the million-dollar question, how does this help you get in shape?

According to a peer-reviewed article published by The U.S. News & World Report, The Mediterranean diet has been studied numerous times and here are some of the more significant studies and their findings.

“ A 2018 study published in Nutrition & Diabetes analyzed dietary patterns of 32,119 Italian participants over a mean of 12 years. Researchers concluded that following a Mediterranean diet is associated with lower levels of weight gain and less increase in waist circumference. But they also report the research has limitations and that more intervention studies are needed to confirm their findings.

In 2019, The Lancet Diabetes & Endocrinology journal republished an updated analysis of data from Predimed – a five-year trial including 5,859 adults (1,588 participants were omitted when the study was retracted and republished in 2017) with Type 2 diabetes or at risk for cardiovascular disease who were assigned either a Mediterranean diet supplemented with olive oil, the same diet supplemented with nuts or a control diet. Though the group with olive oil didn’t experience a statistically different outcome, folks following the Mediterranean diet with nuts saw a difference in waistline over a five-year period.

A 2010 study in Diabetes, Obesity and Metabolism assigned 259 overweight diabetics to one of three diets: a low-carb Mediterranean diet, a traditional Mediterranean diet or a diet based on recommendations from the American Diabetes Association. All groups were told to exercise 30 to 45 minutes at least three times per week. After a year, all groups lost weight; the traditional group lost an average of about 16 pounds while the ADA group dropped 17 pounds and the low-carb group lost 22 pounds.

A 2008 analysis of 21 studies in the journal Obesity Reviews concluded the jury is still out on whether following the Mediterranean diet will lead to weight loss or a lower likelihood of being overweight or obese.”

Get updates on special events and receive your first drink on us!